For a long time I had wanted to crochet towel toppers that were different than the old time standard my grandmother made. Those functional towel toppers are fantastic but I wanted a way to make it cute and use a plain towel instead of cute towel with plain top. My mom and I often joked about putting chickens on top and then one day I found some inspiration. This towel topper I found on Pinterest is super cute but my trials of replicating it, proved way too big for my intended purpose.

I wanted something that would work up small and sturdy enough on its own, with no stabilizers, to make it through the laundry and not come out mangled. And so my mini chicken towel topper was born. 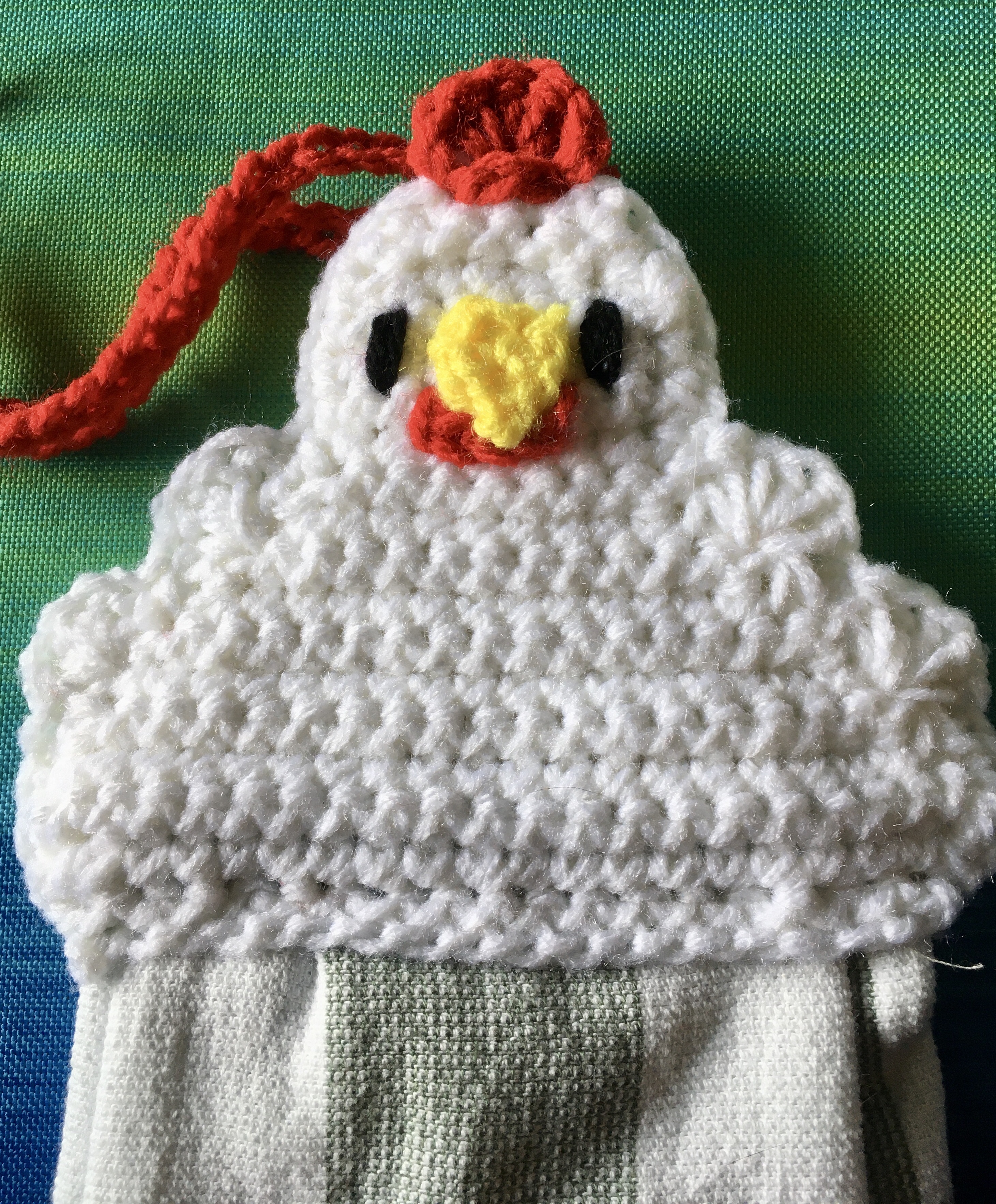 My free time is very limited right now, with schoolwork all day and still going to work every night, so it took me a while. I did manage to use crochet as a math example though. 👍🏻 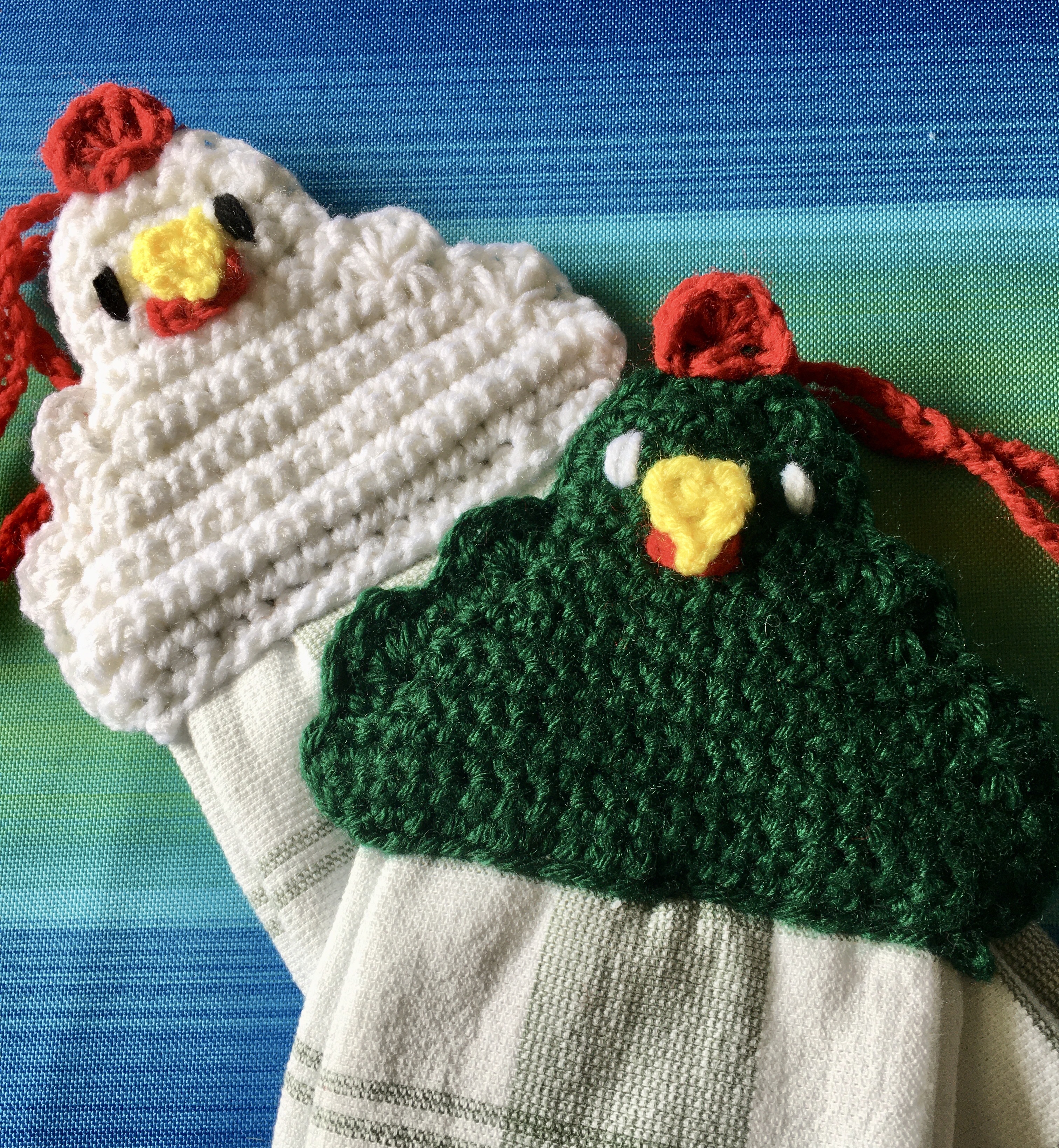 This pair went to my mom, her favorite color is green. When I dropped them off, after work last night, she actually squealed!

Here’s how I put them together:

You will need a standard hand towel cut in half, worsted weight yarn, and a needle an thread.

This pattern calls for increasing and decreasing which you can do however you like, I’m going to list the stitch count of each row.

Make 2 of those and embellish one with your chicken face. I chose to embroider the eyes with yarn, crocheted a tiny yellow triangle in and slip stitched some red underneath. You could just as easily use buttons for eyes and embroider the beak, totally up to you.

Next you need to attach the the two body pieces, wrong sides together. Here is another opportunity to do it your way. You can single or half double all the way around, add a red loop on top for a hook and call it a day.

I chose to finish it a little extra, and I love how it came out.

I finished each side separately. Starting at the bottom left

Sc to the center of the top row and fasten off

Do the same on the right side.

Take the two ends you are left with on the top and knot them together leaving a space in the center and work a shell stitch using that space to center it on top of the head.

Sounds a little weird, but it worked out great.

Then I chained 50 and used that to slip a little tie through the bottom of the shell stitch. 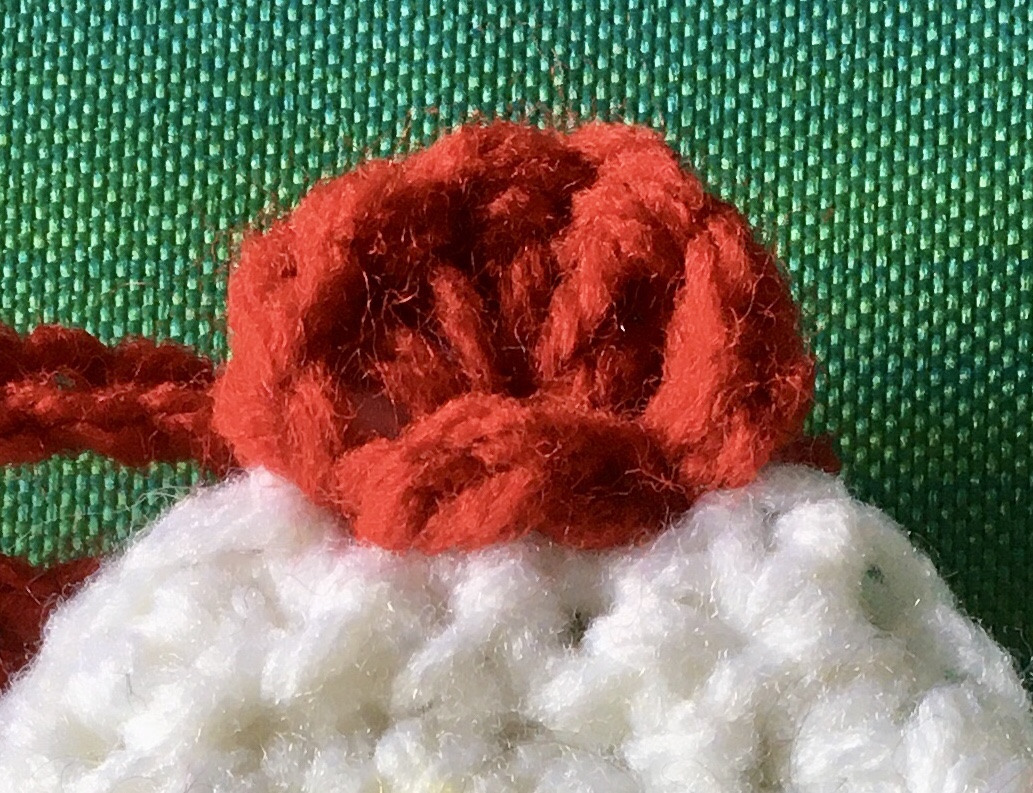 The hand towel can be gathered or folded however you like. Insert in into the opening at the bottom of the chicken and hand sew. I had toyed with the traditional way of connecting with a blanket stitch at the top of the hand towel. But it felt flimsy to me so I opted for hand sewing, however, you can do as you like 😉.